After a period with relatively few updates, it seems that the news on the Brexit Transition Period progress is picking back up again.

Here are some headlines on what has been announced recently, which you can read in detail here: 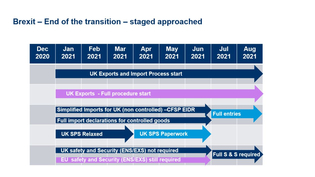