+++ The backlog of waiting ships is cleared. However, as some vessels had to cancel their voyage or needed to re-route, in extreme cases cargo will arrive 15-20 days later than planned. The vessel owners declared General Average on April 1st, 2021. +++ The ship EVER GIVEN got stuck across the Suez Canal after deviating from its course early on March 23rd, resulting into a gridlock of more than 400 other ships in the area.

What does General Average mean?

General Average is an act when, and only when, any extraordinary sacrifice or expenditure is intentionally and reasonably made or incurred for the common safety for the purpose of preserving from peril the property involved in a common maritime adventure. As a consequence, General Average sacrifices and expenditures shall be borne by the different contributing interests by the Cargo and Ship Owners (not necessarily the Shipper). The contributing interests depend on the value of the goods shipped on board. As such, General Average is not a liability exclusion, rather than a liability apportionment. The Average Adjuster - Richards Hogg Lindley - will analyse the value of the goods and calculate the average contribution.

What do you need to do?

In order to get the cargo released, the Cargo Owners need to provide a General Average Security to the above mentioned General Adjusters. Such a guarantee is usually signed by your transportation insurance. For uninsured cargo, an Average Bond must be completed and a cash deposit is required.

​​​​​The incident continues to create long tailbacks on the waterway, preventing vessels from passing and causing delays. Meanwhile, at least 400 vessels have accumulated on both sides of the Asia-Europe trade channel - including ships near Port Said on the Mediterranean Sea and Port Suez on the Red Sea.

The current new challenge is to end the backlog of waiting ships. From 6pm 29th March until 8am 30th March, approx. 113 ships will be processed in both directions in different convoys. With this system, the backlogs could be cleared in 3 or 3.5 days, but we estimate that the backlog will clear in the next 5-8 days. As some vessels had to cancel their voyage a week ago, in extreme cases cargo will arrive 15-18 days later than planned.

On seaexplorer.com.​​​​​ you will find a list of all affected vessels, including those sailing around the Cape of Good Hope. We will update each vessel's realistic ETA regularly so that all our customers can plan accordingly.

There are alternatives and solutions for time-critical goods. Shipments that are to be loaded can also be routed via Kuehne+Nagel’s air services, rail services from China to Europe or with the combined sea+air service. 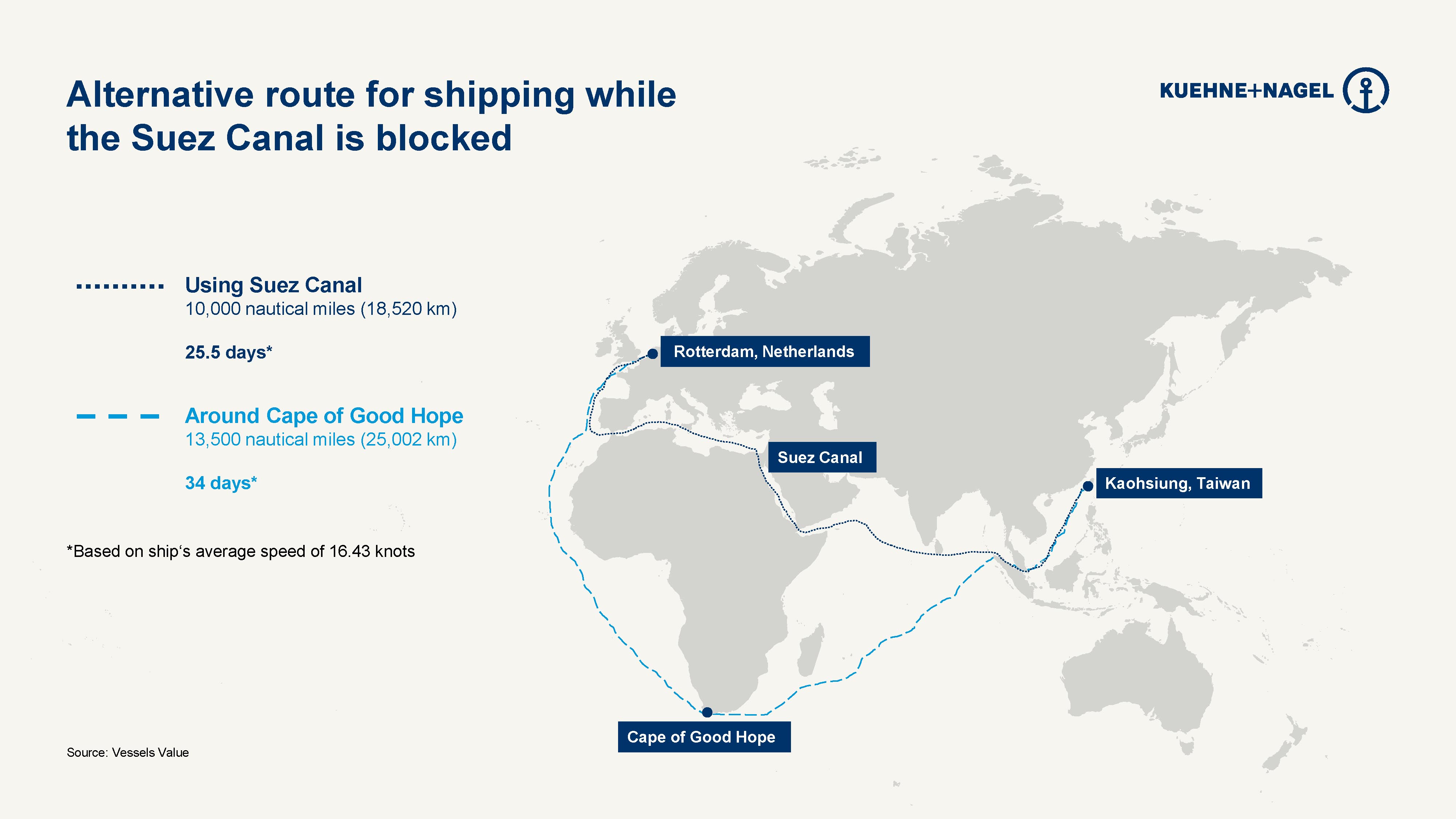 The salvage operation was completed on 29th March. Navigation in the canal was resumed for both directions. At around 5pm Cairo local time (CLT) today, the Suez Canal Authority officially announced the success of the re-floating for the EVER GIVEN. The EVER GIVEN is now anchored in Great Bitter Lake and the first ships have left the lake heading south. The first was the Yangming Wish, 14,100 TEU, followed by Maersk Esmeraldas, 13,100 TEU, and EVER GLOBE (sister ship of the EVER GIVEN), 20,150 TEU.

The Suez Canal Authority announced today, Monday, that the Panamanian container ship EVER GIVEN has successfully refloated after the vessel responded to tensioning and towing manoeuvres as the vessel's course was significantly modified by 80% and the stern of the vessel moved 102 metres away from the shore.

The manoeuvres are to resume when the water level rises to its maximum height of 2 metres during the period from 11:30am, allowing the vessel's course to be fully altered to the centre.

The Suez Canal Authority underlined, navigation in the canal will resume as soon as the vessel is fully afloat soon and directed to wait in the Lakes Region for its technical survey.

Current information on waiting or rerouted vessels on seaexplorer.com.

Once the "Ever Given" is out of the channel, the next task is to clear the backlog of almost 400 ships on both sides of the channel as quickly as possible. This could take another seven days. Normally, 50 ships a day can navigate the waterway.

In the meantime, it has turned out that one of the ballast tanks in the forecastle is damaged. But the engine and rudder are ready for operation, explained ship manager Bernhard Schulte Shipmanagement (BSM), who is responsible for technology and crew.

Due to the blockade, more and more shipping companies have had no choice but to impose a new, expensive route on their captains in recent days. A.P. Møller-Mærsk explained that it had meanwhile sent 15 ships on the long diversions around the Cape of Good Hope because it was assumed that this would take just as long as the delay in the Channel.

Canal officials said some progress had been made. By Saturday, the Ever Given was already moving 17 metres north and there were positive signs that the vessel would soon be refloated and more tugs were being added. At the same time, however, Egyptian President Abdul Fattah al-Sisi ordered the Suez Canal Authority to draw up further plans and prepare an unloading service.

The dredging was about to finish last night, but due to tide and ebb it has to continue later to reach 18 meters depth and then start the refloating by tug boats.

SMIT Salvage got appointed for solving the incident. There is still no exact time frame when the incident will be resolved. In worst case, the containers need be get unloaded. The necessary preparations are underway in case the dredging fails. At present, it is not possible to predict how long a discharge would take.

The Suez Canal Authority, announced on Friday at 1pm that the percentage of completion of dredging for the removal of sand around the front of the Panamanian container ship EVER GIVEN is at about 87%, with dredging rates of about 17 thousand cubic metres of sand.

Then at 10pm on Friday night, the head of the authority announced the start of towing manoeuvres for the ship by 9 giant tugboats.

The Suez Canal Authority also explained that the towing manoeuvres require the availability of several helping factors, the most prominent of which is the direction of the winds and tides, making it a complex technical process and requiring several trials. The large container ship could anyhow be dislodged this weekend.

The US has offered Egypt assistance in unblocking the Suez Canal.

A large container vessel ran aground accidentally in the Suez Canal, blocking one of the world’s busiest maritime trade routes. Though latest news say the ship has been refloated this morning, it remains unclear when the canal would be open to traffic. In the meantime a gridlock of more than 400 other ships has developed in the area. The standstill will disrupt many supply chains and cause serious freight delays in Asia and in Europe. In addition, a severe capacity shortage is predicted over the next three months.

For all shipments you are planning, the following transport modes might be an alternative to ship your cargo quickly to its final destination.

The Suez Canal Authority continues to free the vessel with one of the well-known dredgers "Mashhoor", while there are dredging works in the area of the giant Panamanian container ship EVER GIVEN, as part of the authority's efforts to float the delinquent vessel and resume navigation in the canal again.

The dredging work aims to remove the sand around the bow of the vessel with dredging quantities of 15 to 20 thousand cubic metres of sand expelled through external extrusion lines for the dredger to achieve the suitable depth for floating, which is between 12 and 16 metres.

Dutch and Japanese experts have been invited to solve the case, also to support the dredging work that will be carried out by Mashhour Dredger from Thursday evening onwards. It is worth mentioning that the preliminary dredging work was started by another dredger named 10th of Ramadan on Wednesday evening, but it was not enough.

There is an opinion that they have to unload containers partially so that they can re-float the ship again. Also, there is no specific time frame for solving the case.

There is still no change yet, the EVER GIVEN is still stuck in the Suez Canal. We can see that more than 300,000 TEU full containers are affected by this. The first carriers are routing their vessels around Africa/the Cape. That takes about 7-8 days more time. The EVER GREET (20,000 TEU) on it's way to Rotterdam and the Hyundai Prestige (5023 TEU) on it's way to Yantian have both bypassed the Red Sea and the Strait of Gribraltar respectively. 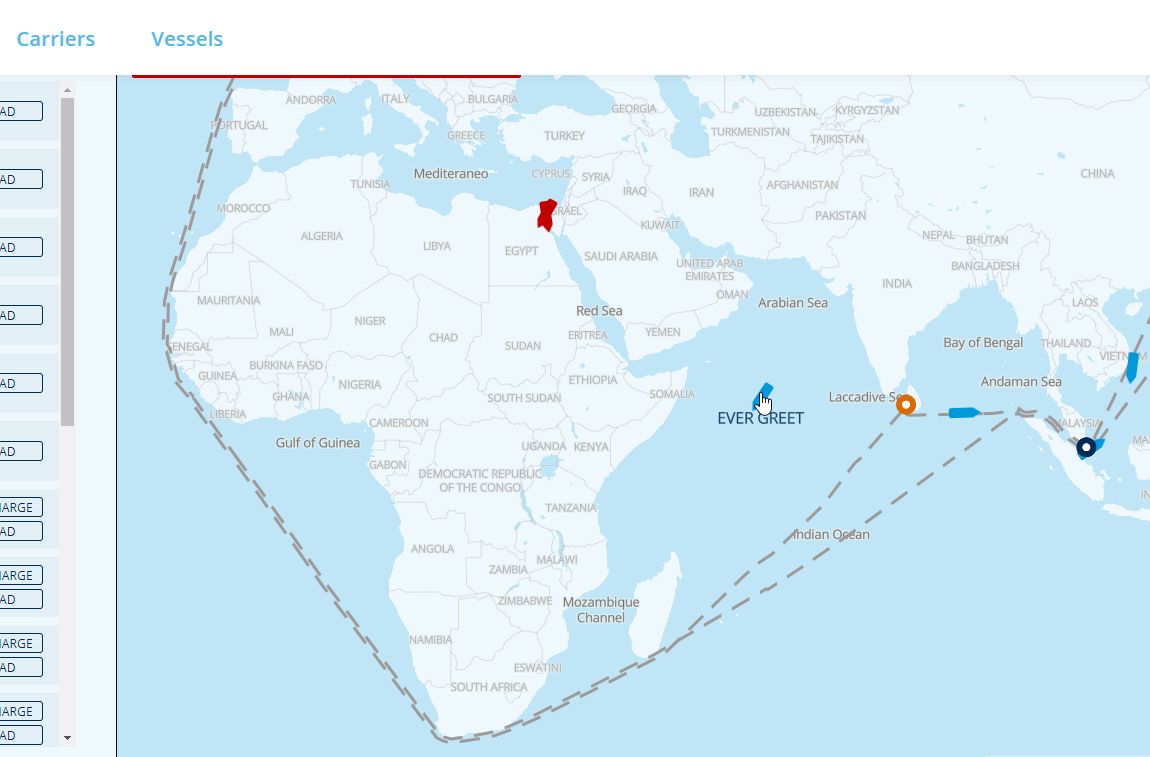 As you may already be aware, the Suez Canal passage is currently blocked to vessels in both directions. A container ship operated by Evergreen Marine was blown off course by high winds and a sandstorm early Tuesday March 23. Vessel operator Evergreen Marine Corp said in a statement the Ever Given had been overcome by strong winds as it entered the canal from the Red Sea but none of its containers had sunk.

The Suez Canal Authority has announced that navigation through the Suez Canal remains temporarily suspended. This is only until the floatation work of the large Panamanian container ship EVER GIVEN, which ran aground in the area of km 151 (canal marker), is completed. The floatation work includes towing and pushing the grounded vessel with the help of 8 large tugs, the largest of which is BARAKA 1 with a towing capacity of 160 tonnes.

The struggle to dislodge the ship is now falling to SMIT Salvage BV. Freeing the vessel “can take from days to weeks, depending on what we will be confronted with", Peter Berdowski, chief executive officer of SMIT’s parent company Boskalis Westminster, said in an interview on the Nieuwsuur TV program in the Netherlands on Wednesday “I can’t exclude that it can last weeks if the ship is really stuck and you need to get rid of cargo and you need to do dredging.” 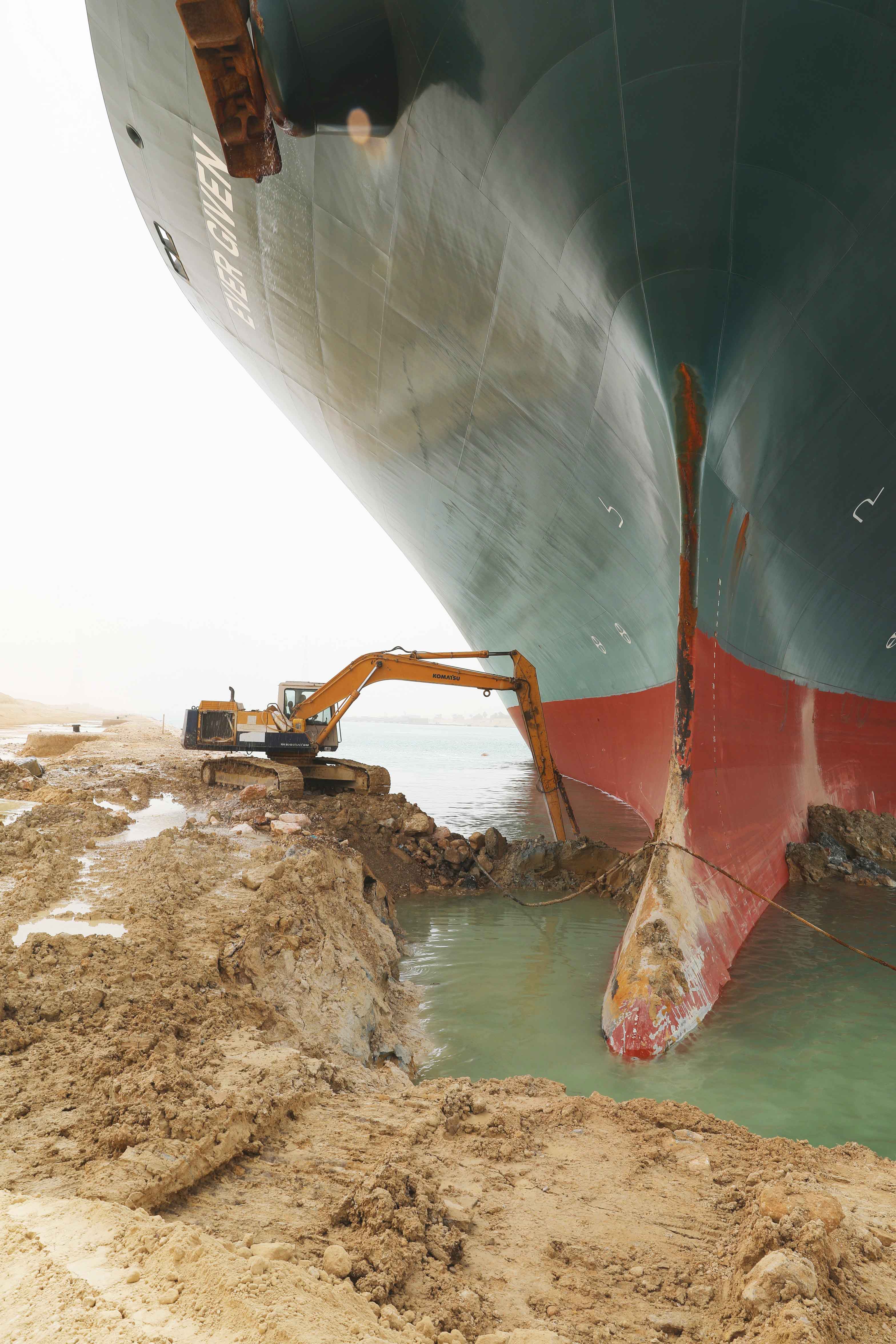 The Suez Canal Authority also stated that yesterday 13 vessels from Port Said passed through the northern convoy. The vessels were then expected to continue their passage through the canal, according to forecasts of when the flotation work of the grounded vessel would be completed at that time. However, an alternative scenario had to be adopted which involved these vessels being anchored in the Bitter Lakes waiting area until navigation could be fully resumed once the vessels were afloat. Cargo ships already trapped behind the Ever Given will be reversed south back to Port Suez to free the channel. Authorities hope to do the same to the Ever Given when they can free it. 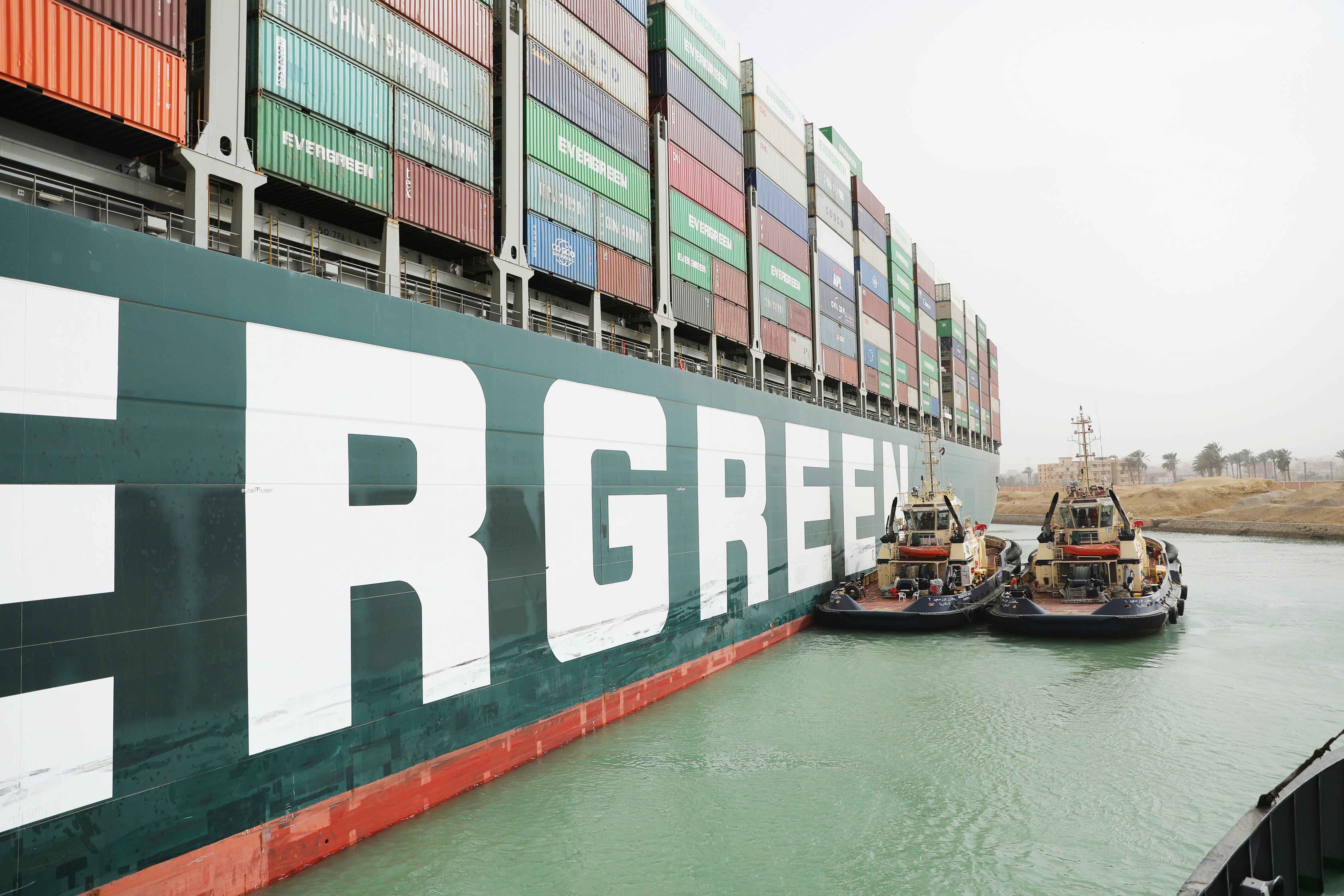 The incident continues to create long tailbacks on the waterway, preventing vessels from passing and causing delays. Meanwhile, at least 150 vessels have accumulated on both sides of the Asia-Europe trade channel - including ships near Port Said on the Mediterranean Sea and Port Suez on the Red Sea.

Kuehne+Nagel is constantly monitoring the current situation and closely following the efforts of the affected vessel to further improve the accessibility of the southbound and northbound services. We are in regular contact with carriers and authorities.

We keep you thoroughly informed on this webpage.

The seaexplorer alert function shows you the vessels that need or needed to anchor in the course of the incident. In seaexplorer, we see more then 300,000 TEU full ctrs already effected by the disruption. It also shows which vessels decided to take the route via Cape of Good Hope – including the new ETA – so that you can plan accordingly.

Shipments that are to be loaded can also be routed via Kuehne+Nagel’s air services, rail services from China to Europe or with the combined sea+air service. 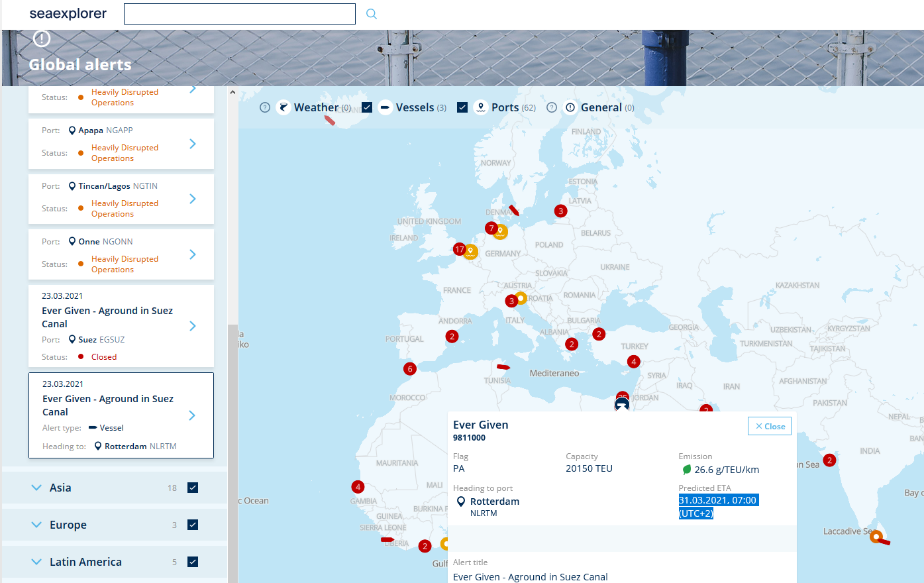 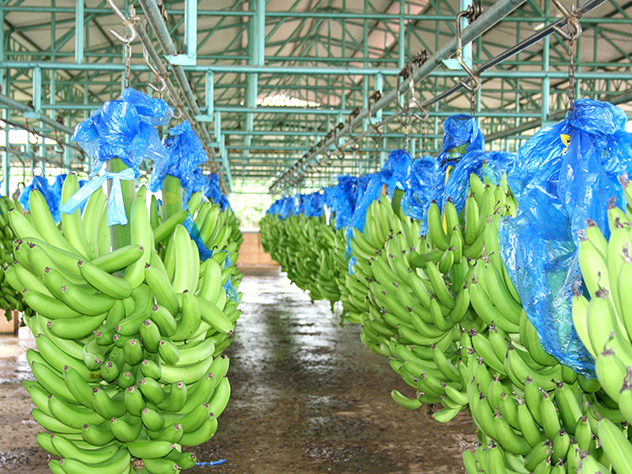 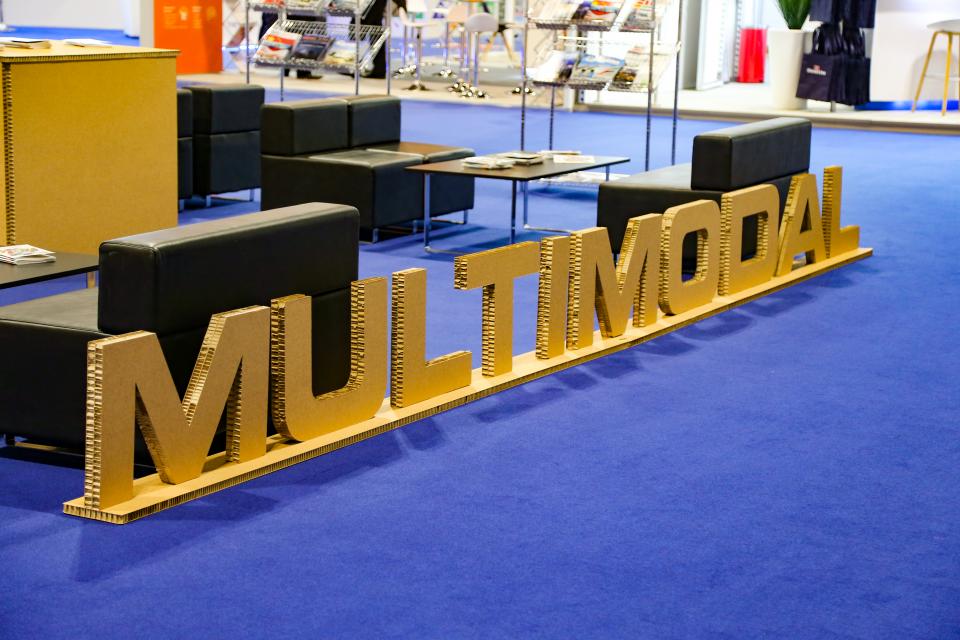 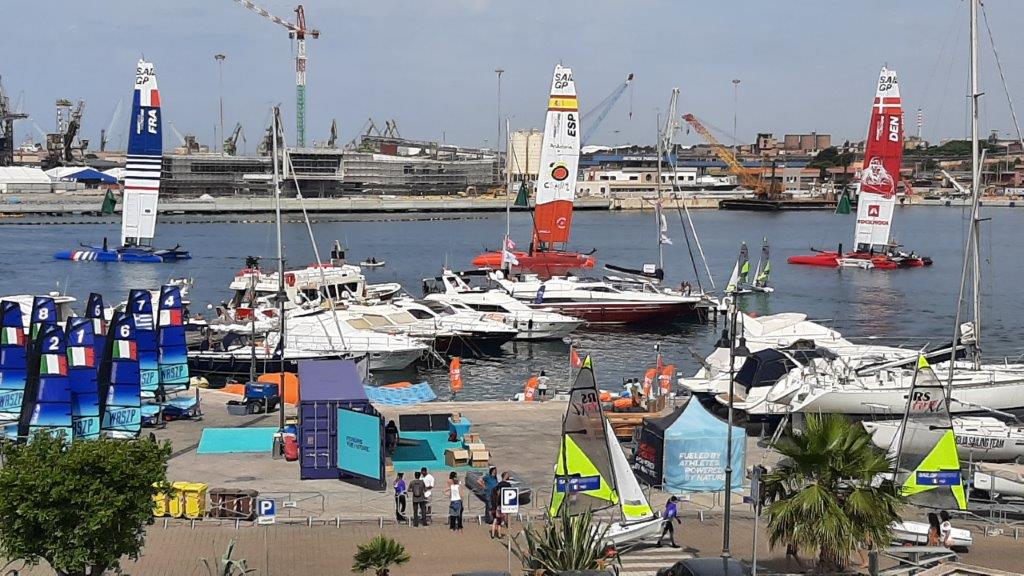 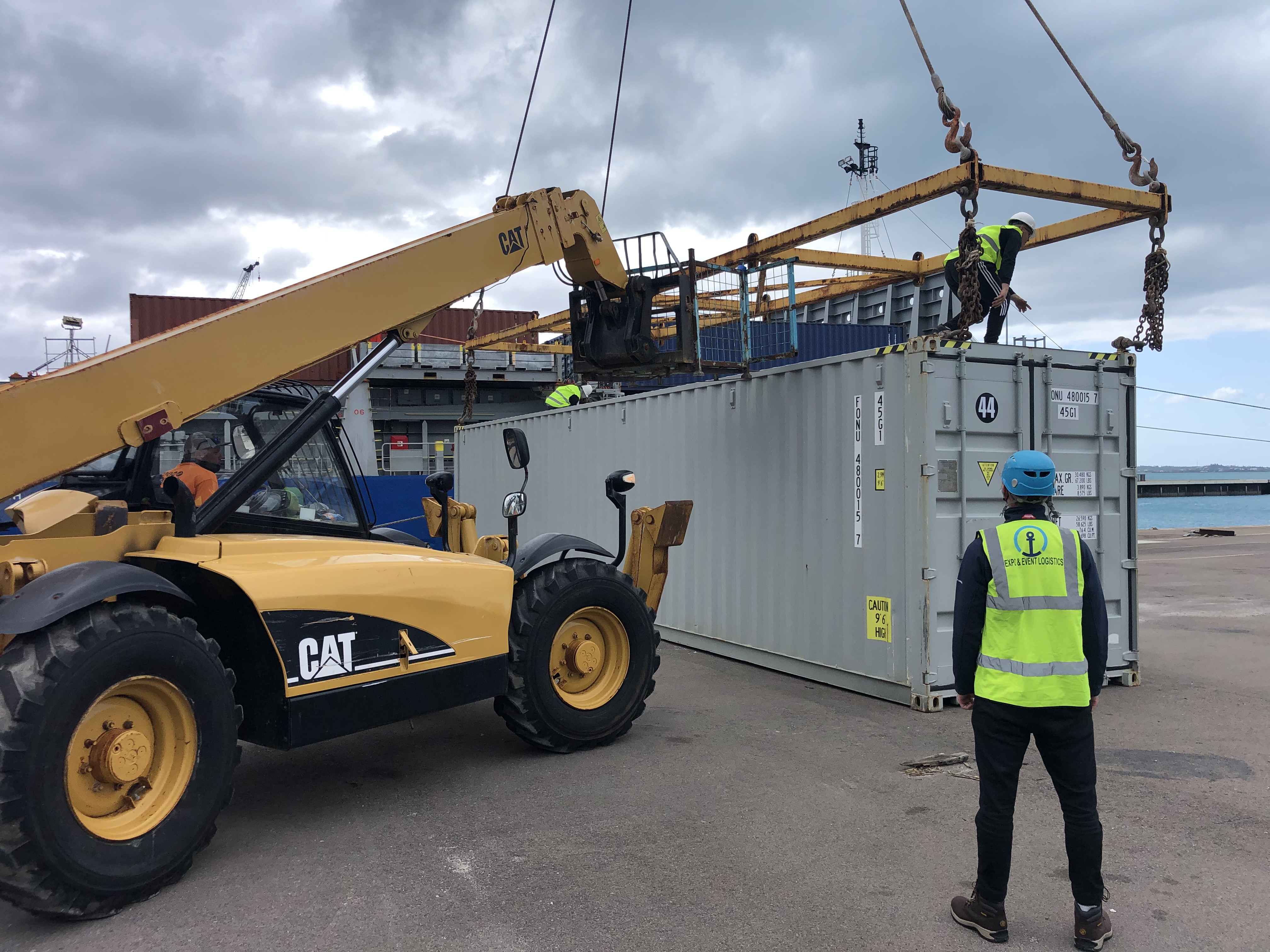 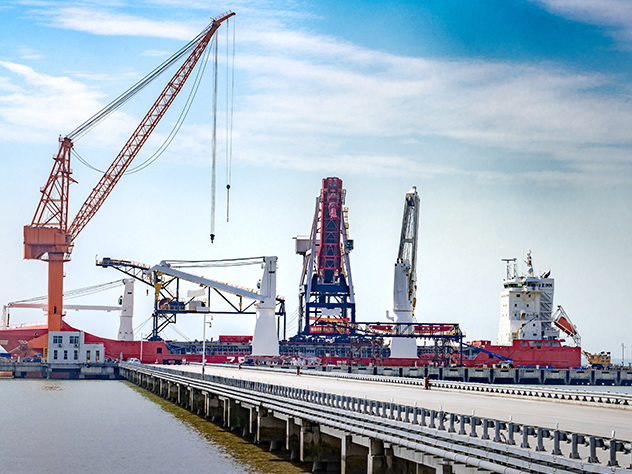 Project TAKRAF: Transporting of a ship loader and the tripper car